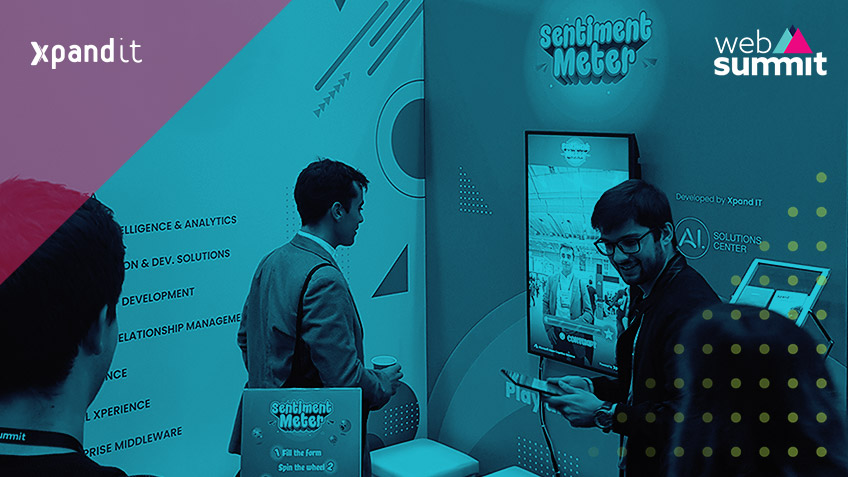 The 10th edition of Web Summit – “The best technology conference”, according to Forbes – has ended and, as promised by the organising committee, it was the biggest edition ever!

Lisbon was, for the third year in a row, the main stage for the exhibition of the most innovative start-ups, most inspiring lecturers and some of the best worldwide companies acting in the fields of technology, sports, fashion or even social media. In total, it was 3 days completely focused on nowadays’ most divisive issues, but also on the hottest trends for the future: this is the overview of the most technological week of the year!

For Xpand IT, participating in Web Summit 2008 was a success not only for the networking with partners and current customers, but also for the doors that have been opened to new projects. Most of the success we achieved was also a result of the presentation of the Sentiment Meter, an app developed by Xpand IT, based on Artificial Intelligence (AI), specifically, Azure Cognitive Services of Microsoft. Its aim is to show the relatively simple way the role an AI can have in everyone’s daily lives. In this case, the gamification component helped achieving this success, since whoever were able to perform the raffled emotion with a facial expression, would win a prize.

More than 800 participants tried their luck at the Sentiment Meter, and, on the course of the three days, there was always a line to try the game! Even the media present showed interest in this Artificial Intelligence solution. We had a visitor from the magazine Visão, and even from Lourenço Medeiros, from Sic! Here are some pictures: 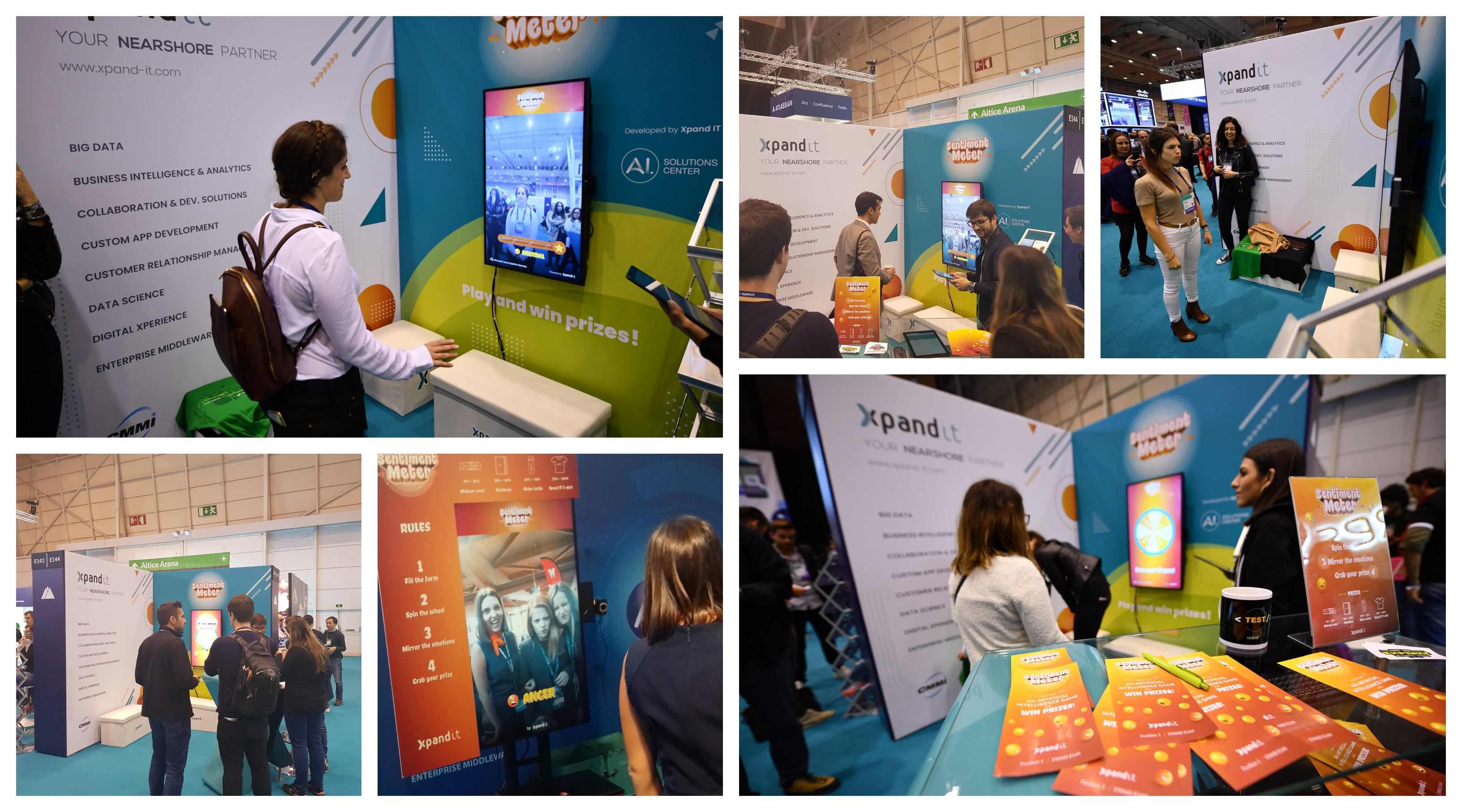 One of the main topics that marked  Web Summit 2008 was, without a doubt, Artificial Intelligence (and machine learning). AI was present in talks and in the dynamics presented on stands from various companies. For example, Google brought a solution based on facial recognition, that would match the faces from people in pictures and a painter, or a figure in an old painting. On the other hand, Microsoft, using their cognitive services and also based on pictures, would match our faces with the face of a celebrity.

However, Artificial Intelligence goes way beyond entertainment. According to Brad Smith, President of Microsoft Corporation, it can actually help cure diseases, such as cancer, in the upcoming decade. This thought seems to be shared by Young Sohn, President of Samsung, who states that AI can have a very positive role in society and life, therefore being possible to be applied to fundamental areas such as Biology and Medicine.

Sustainability was also one of the main subjects talked about throughout this week, where the policy on zero plastics was thoroughly followed and accomplished by the organization. Reusable metal bottles were distributed amongst participants – an offer from Mirpuri Foundation – and plastic cups were replaced by paper cups. In various talks, the need to create a better and more sustainable world was supported, even in technology. Apple, for example, promised to cut down on aluminium when manufacturing its products.

And if technology is the main focus of this world conference, web safety starts to be a point of honour, transversal to all sectors. Tim Berners-Lee, considered to be the father of the internet and current director of the World Wide Web Foundation – an international association that promotes safety on the web – came up with the idea of creating a Magna Carta for the World Wide Web. This idea fell right into place with Garry Kasparov, ambassador for Avast safety, that said that technology “needs to start being in accordance with Human rights”. This is evidence that the subject on data protection and online privacy is trendy, or the most offered goodies by the companies would not have been webcam covers for laptops.

Long story short, this was definitely one of the most interesting editions of Web Summit so far, not only because of the topics covered, but also because the event is going to be staying in Lisbon for the next 10 years and promises to get bigger and bigger! This is an excellent opportunity to present new ideas and projects, just like it happened with Sentiment Meter. We are looking forward for taking the next steps.

Here are some of the pictures from this week! 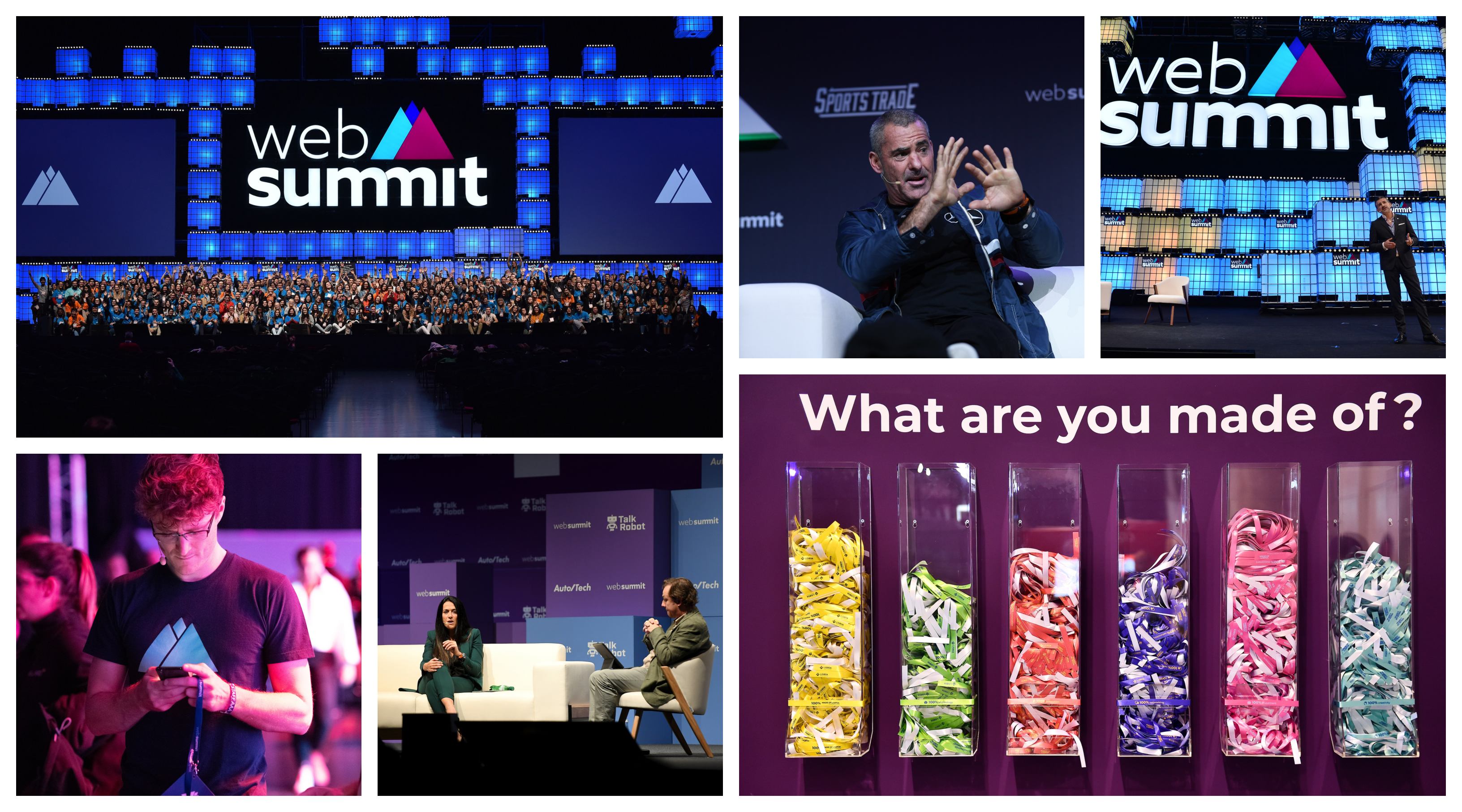 Careers Events Microsoft Tech Trends
Ana LamelasWeb Summit 2018: an overview of the most technological week of the year11.19.2018

5 questions you need to answer before creating your Azure solution 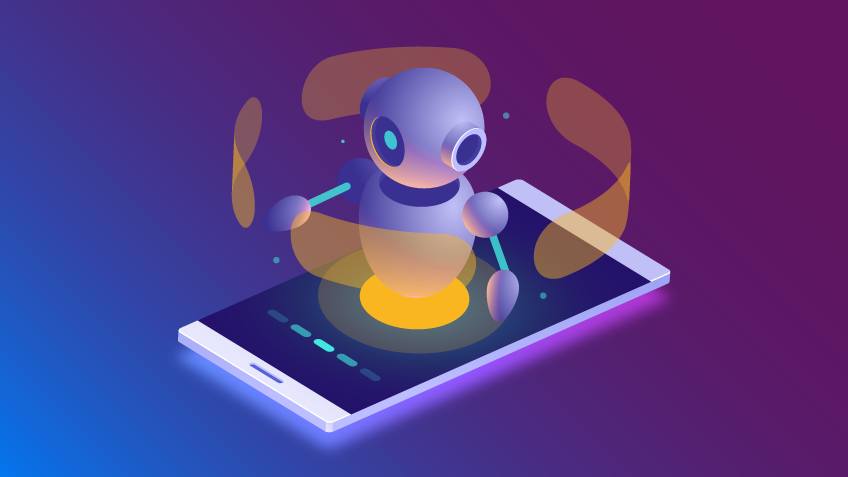 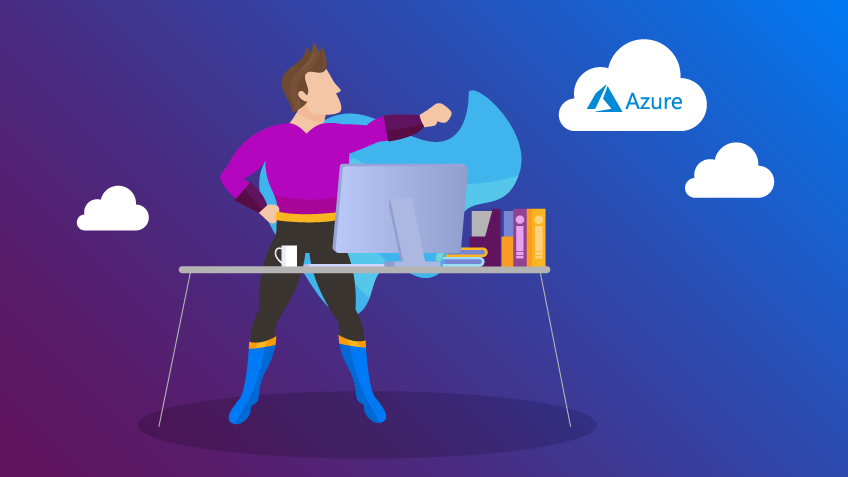