Volatility and constant changes in the business environment require organisations to continuously reinvent themselves, seeking to achieve higher levels of agility.

Regardless of the industry sector, the requirement for a high degree of adaptability is a constant, and customers and business partners take an increasingly relevant part in this equation. 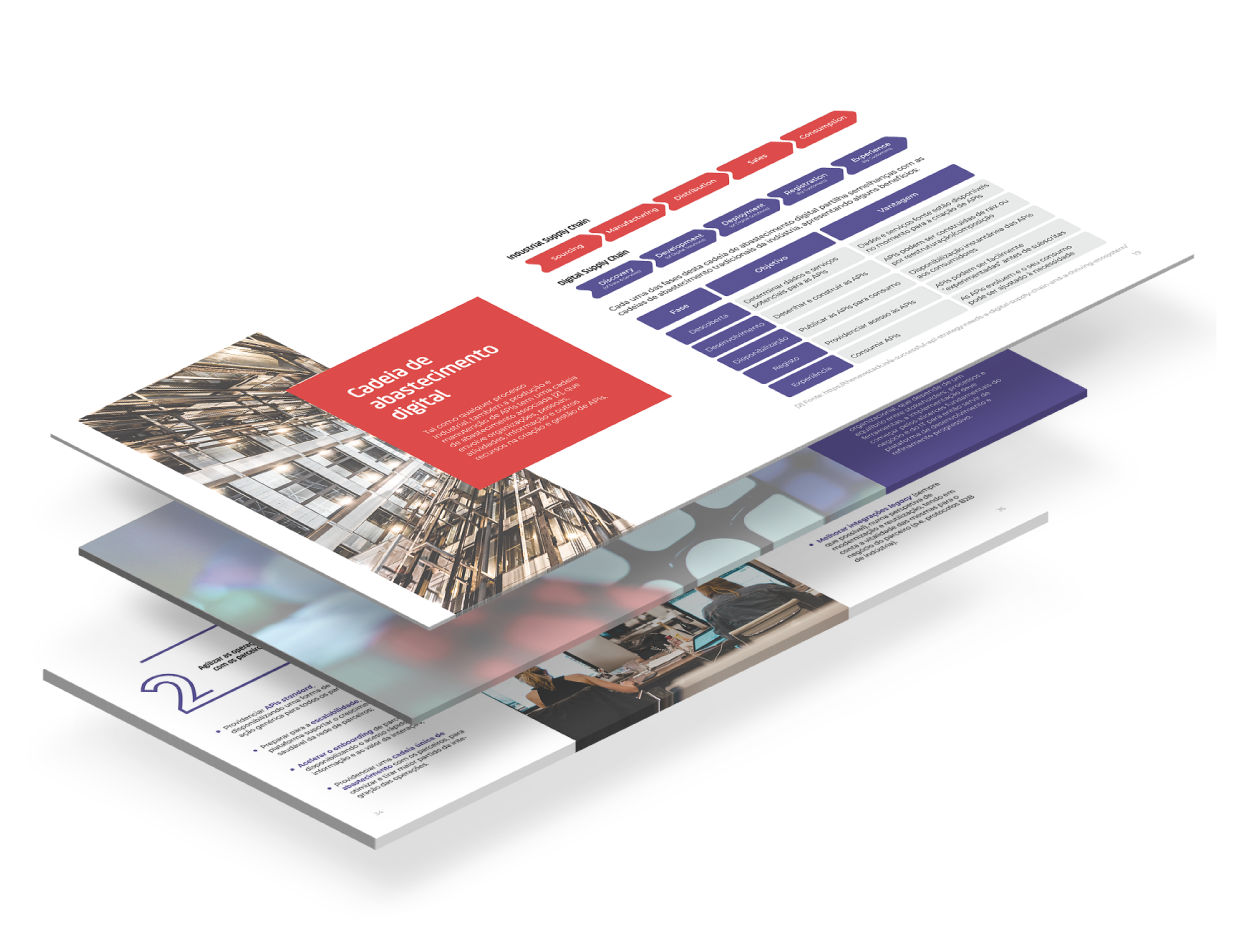 The term API – acronym for Application Programming Interface — originated in the 1970s and was first used to describe the interaction limits and functionalities of a closed software block (black box).

The term API has been gaining popularity since the start of the millennium, leveraged by the sharp growth in Internet access. Nowadays API is also synonymous with communication intermediary, proving to be the main catalyst for integration between systems, teams, customers and organisations.

A set of
inputs

A set of
outputs

A description
of behaviour

With the continuous growth in the number of APIs and the ease of access to information, new offerings and sources of revenue have begun to emerge.

More and more organisations are exploring digital channels in order to leverage their offer and provide greater value to their customers and partners. This whole dynamic, which consists of a set of business models and practices built on the use and management of APIs, is called API Economy.

When exploiting digital channels, there are numerous challenges that require the attention of organisations.

From the lack of visibility and autonomy to the issue of risk and security, many are factors that prevent the implementation of an API programme capable of leveraging the full potential of the information collected by the organisation in the business.

Some of these challenges are:

Number and diversity of APIs

The growth in the number of APIs in an organisation is something that
comes naturally as a consequence of the evolution of its business and digital transformation processes.

Differences in the nature of APIs

Depending on the purposes for which they are proposed, APIs can be organised into three broad categories.

Like any industrial process, the production and maintenance of APIs also has an associated supply chain, which involves organisations, people, activities, information and other resources in the creation and management of APIs.

Download this free ebook and discover all the challenges that the Business Areas and IT teams feel.

The implementation of an API strategy for partners is fundamental for the creation of an organisational symbiosis, which allows taking greater advantage of the relationship in the exploration of new opportunities.

With a well-defined API strategy, organisations can collaborate efficiently in delivering innovative and higher value services to their customers by exploiting this business integration through APIs to the fullest.

Ana PaneiroHow to: Manage business partnerships with an API strategy04.23.2021